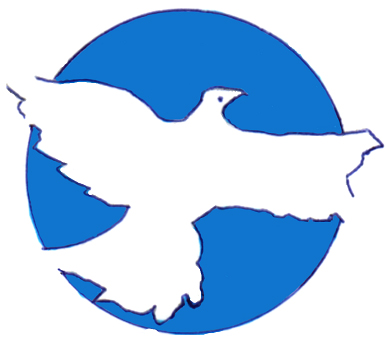 Statement in solidarity with human rights defenders of Azerbaijan
11 August 2011 about 20.30 the office of the Institute of Peace and Democracy in Azerbaijan was demolished by bulldozer. This happened despite a court decision of 25 May 2011 on prohibition of demolition of that building until the entry into force of the court decision. Cynically and knowingly the property of the Institute was destroyed including office equipment, the entire archive, documentation of the Institute and its affiliates: Women’s Crisis Centre and the Azerbaijan ?ampaign to Ban Landmines. The urgent intervention of the international community is needed.
Institute of Peace and Democracy (IPD) was founded in Azerbaijan in 1995. In 1997 IPD launched the Azerbaijani Campaign to Ban Landmines (ACBL - is the member of ICBL), and in 2001 – the IPD founded the only Women’s Crisis Centre in the country. Over these years the Centre helped 14,000 women.
There were five departments within the Institute of Peace and Democracy: human rights protection, state and society, conflictology and migration, youth problems and assistance to women.
Institute of Peace and Democracy is the only Azerbaijani non-governmental organization, which collaborates with the civil society of Azerbaijan on a continuous basis. From the day of its formation it has been conducting independent research on the ethnic minority problems, regulating of the Karabakh conflict. IPD monitors the situation of political prisoners in Azerbaijan.. It is due to the IPD efforts the resolution of the problem of political prisoners was included in the international obligations of Azerbaijan before its accession to the Council of Europe.
The leader of the Institute of Peace and Democracy Leyla Yunusova created one of the best think tanks in the country. Thanks to their efforts 6 fundamental research endeavors were completed and published, such as “Islam in Azerbaijan”, “Meskhetia Turks: a people deported twice”, “Azerbaijan in the beginning of the ??I century: Conflicts and Potential Threats”, “Karabakh: yesterday and today”, etc.
The office building was located in the centre of the city of Baku at 38 Shamsi Badalbeili Street. The market value of the demolished building was about 500,000 Azeri Manats ($625,000). It was a private property of the human rights defenders Leyla and Arif Yunusovs. Along with the building the entire property of the organization was destroyed including office equipment, library, and all information hardware where the archive of the organization was stored.
Persons responsible for the demolition divulged the information that they were ordered to fulfill orders from above coming from the leadership of the country. The barbaric action was headed by the head of the State Committee on Property Issues of Azerbaijan Yusif Gambarov and a representative of the executive power of the city of Baku Zulfali Ismailov.
The authorities of Azerbaijan do not explain the reason for the demolition of the Yunusovs house. Nobody approached the owners with an offer to buy to their property. Encountering lawlessness the Yunusovs filed a lawsuit with a demand for protection of their real estate.
24 May 2011 on the Yunusovs’ lawsuit a court decision was issued on the prohibition of demolition of their house and on any works that would harm the house until the court decision entered the force. Despite the fact that this court decision was disseminated among all of the concerned instances in good time, the house was demolished by a bulldozer within 20 minutes on the evening of 11 August.
These events are only a reaction of the authorities of Azerbaijan to the criticism by the Western media and international human rights organizations. This deliberate and considerable material damage was dealt to the founders of the Institute of Peace and Democracy Leyla and Arif Yunusovs with the intent to silence the voice of the brave critics of the dictator regime in Azerbaijan.
Under the bulldozer went the portraits of their parents painted 60 years ago by the people’s artists of Azerbaijan N. Najafzade (portrait of Teimur Useinov) and by Tofik Agababaev (portrait of Zohra Useinova). This fact testifies to the fierce desire of the authorities to punish and intimidate the human rights defenders.
The above circumstances illustrate the demonstrative violation of fundamental rights in Azerbaijan determined by the International Covenant on Civil and Political Rights:
We express our solidarity to the staff of the Institute of Peace and Democracy and call on the Government of Azerbaijan to fulfill obligations on international human rights treaties.
Signatures:
Nadejda Atayeva, President of the Association for Human Rights in Central Asia , France
Dmitri Belomestnov, Representative of the Association for Human Rights in Central Asia in Russia
Jodgor Obid, Member of the International PEN-club, Austria
Bernhardt Clasen, co-chair of the International Working Group on Peace Making, Germany
Dr.Valery Hrytsuk, Coordinator of the International Association of Independent Democrats against Authoritarian Regimes (IAIDaAR)
Aleksey Tolkachov, President of the European Association of Ukrainians, Ukraine
Lyudmila Kozlovska, Vice-Director of the “Open Dialogue” Fund, Poland
Vyacheslav Mamedov, Democratic Civic Union of Turkmenistan, The Netherlands
Shukhrat Ganiev, Director of the Humanitarian Legal Centre, Coordinator of the Central Asian network on the Protection of Human Rights Defenders”, Uzbekistan
Ulugbek Khaidarov, Journalist, Canada
Saidjakhon Zainobiddinov, Leader of the “Apellyatsia” Society, People’s Movement of Uzbekistan “Birdamlik”, Uzbekistan
Diloram Iskhakova, Representative of the human rights Centre “Mazlum”, Uzbekistan
Alisher Taksanov, independent journalist, Switzerland
Tulkin Karaev, human rights defender, Sweden
Iskandar Khudoyberganov, Leader of the Centre for Democratic Initiative, Uzbekistan
Bakhiyor Isabekov, Writer and Philologist, Uzbekistan
Gulchekhra Nurullaeva, Poetess, Uzbekistan
Otanazar Arifov, General Secretary of the Democratic Party of Uzbekistan “Erk”, Uzbekistan
Kholiknazar Ganiev, member of the Human Rights Centre “Mazlum”, Uzbekistan
Kamil Ashurov, Leader of the Centre for Human Rights Initiatives (CHI) of Samarkand, Uzbekistan
Surat Ikramov, Chairman of the Initiative Group of Independent Human Rights Defenders of Uzbekistan
Abdusalom Ergashev, Expert of the Expert Working Group, Tashkent, Uzbekistan
Vokhid Karimov, Expert of the Expert Working Group, Tashkent, Uzbekistan
Sukhrobjon Ismoilov, Director of the Expert Group, Tashkent, Uzbekistan
Abdujalil Boymatov , President of the Human Rights Society of Uzbekistan (OPChU), Ireland
Elena Urlaeva, Leader of the Public Movement “Human Rights Alliance of Uzbekistan
defenders