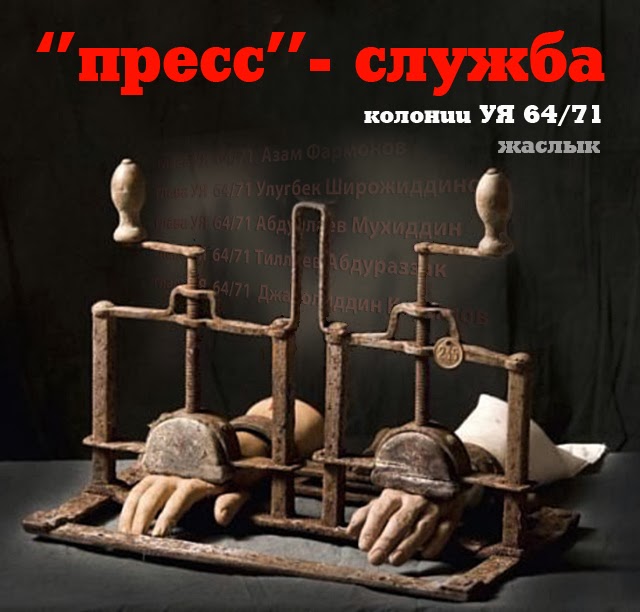 torture prevention
A typical story of a political prisoner in Uzbekistan. Prisoner Asrorjon Isajonov is on the verge of death in a high security prison colony UA 64/51 (the city of Kasan of the Kashkadarya Region).
He was subjected to tortured over a long period of time (for example, he was repeatedly beaten on the soles of his feet), abused and intimidated by Bahodir Hujanazarov, an officer of the colony.

While in prison, he works at a brick production plant for 10 hours a day, where his main task is to carry bricks. He earns 10,000 soums (3.5 U.S. dollars) a month. His right to family visits is often infringed. For example, on 16 February 2014, instead of a two-day visit, Isajonov was only given one day. During this meeting, he was depressed more then ever. When saying goodbye to his mother he said that he can no longer tolerate bullying by Bahodir Hujanazarov.

In November 2002, Asrorjon Isajonov’s  elder brother Abbosjon Isajonov, born in 1979, died of tuberculosis. His death occurred 22 days after his release from prison. He was sentenced to 11.5 years in prison under the same Articles (159 and 244-1) of the Criminal Code of the Republic of Uzbekistan.

Asrorjon Isajonov’s mother is appealing to various law enforcement agencies and public organisations. She cries and pleads to help her save her son, while he is still alive. She had three children, one son died, the second is on the verge of death, she also has a daughter. Not long after Asrorjon was deprived of his liberty, his father died.

The Association for Human Rights in Central Asia makes an appeal to:

- The Special Rapporteur of the EU on Human Rights

We call you on to urge the government of Uzbekistan to fulfill its obligations under international agreements on human rights it ratified, including the UN Convention against Torture and Other Cruel, Inhuman or Degrading Treatment or Punishment. Uzbek authorities are also obliged to prosecute the officer of the colony UA 64/51 Bahodir Hujanazarov and other individuals involved in the practice of torture.