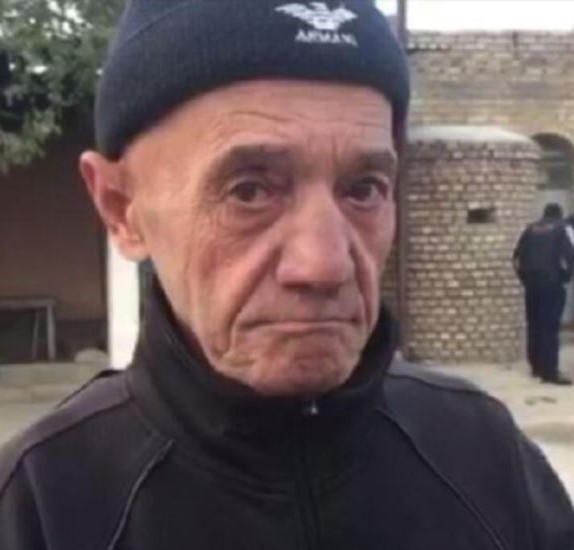 defenders
25 October 2016, Uzbekistani human rights defender Bobumurad Razzokov was released on health grounds after spending three years in prison on trumped-up charges.
The Association for Human Rights in Central Asia (AHRCA) and International Partnership for Human Rights (IPHR) welcome Bobumurad’s release from prison, although they believe that he should never have been imprisoned in the first place. It is now vital that he is immediately granted adequate medical treatment for his health problems.
Bobumurad is former chairman of the Bukhara oblast branch of the Human Rights Society of Uzbekistan “Ezgulik”.  Prior to his arrest on 10 July 2013, he worked regularly with foreign media and sent complaints about corruption, forced labour and problems faced by local farmers to the Buhari oblast administration (hokimiat), the Prosecutor’s office and the president.  Shortly before his arrest in July 2013 he made a press statement saying he was under pressure from the authorities because of his human rights work. The day after his arrest, officials seized printed materials from his home related to his human rights work.   On 24 September 2013, he was found guilty of human trafficking (Article 135 of the criminal code) and sentenced to four years’ imprisonment following an unfair trial held in violation of international standards. He has consistently denied the charges.  Bobumurad Razzokov was released after serving three years of the four year sentence.
Until yesterday, he was held in prison no. 64/3 in Tavaksai village, Tashkent region. Aged 64, Bobumurad Razzokov worked in the prison brick factory.  A month ago, a former fellow inmate told the AHRCA that Bobumurad had suffered severe depression while in detention and was mistreated regularly by fellow prisoners. The prison administration reportedly forbade other prisoners from communicating with him.  Bobumurad’s relatives have not been allowed to visit him for the last two years and his health reportedly seriously deteriorated in prison.
The imprisonment of Bobumurad Razzokov is part of a pattern of state persecution of human rights defenders and peaceful activists in Uzbekistan.
The AHRCA and IPHR urge the Uzbekistani authorities to:
defenders Uzbekistan