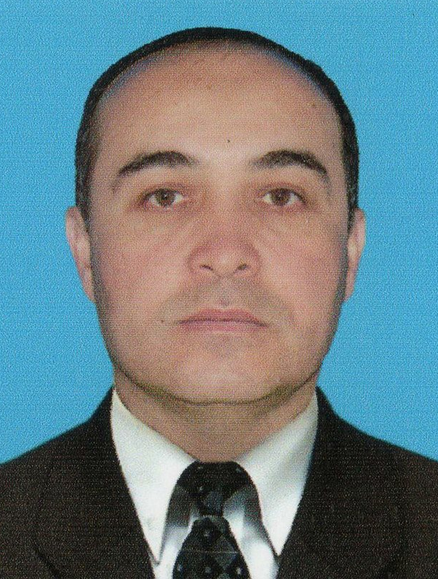 defenders
The Supreme Court of Uzbekistan has considered the appeal case of Fakhriddin Tillaev and Nuraddin Djumaniyazov, members of the “Mazlum” human rights centre.
The Court Decision read that the guilt of the accused was proved by evidence, their conduct was a criminal one and the punishment proportionate.
Fakhriddin Khabibullaevich Tillaev, was born on 15 August 1971, in the town of Baysun of the Surkhandarya region, Uzbekistan National, married and has two children. He is a member of the “Mazlum” human rights centre since 2003. He is involved in protection of labour rights in Surkhandarya region since 2005. In 2012, he was one of the founders of the Union of Free Trade Unions headed by Abdulla Tojiboy ogli, for support of the labour migrants.
Nuraddin Reimberganovich Djumaniyazov, was born on 8 October 1948 in Turtkul city of Karakalpakistan Autonomous Soviet Republic, Uzbekistan national, divorced, has got two children. He is a member of the “Mazlum” human rights centre since 2003 and one of the founders. In 2012 he took an active part in founding the Union of Free Trade Unions to support the labour migrants and was a head of the Tashkent department.
The defence lawyer made an application to the Court asking for the case to be reviewed and the Judgement repealed.
The prosecution relied on assumptions. All the while, none of the Courts either checked the materials of the case or rectified numerous violations of the criminal procedure rules.
An investigator of the Investigations Department of the Tashkent Department of Internal Affairs Office ignored the application requesting forensic examination of Fakhriddin Tillaev who was subjected to physic 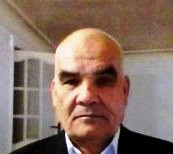 al violence. The investigator saw the bruising on his body.
Even long before the Court hearing the investigator did not hide his confidence that Tillaev and Djumaniyazov will be jailed. As his response to a number of repeat requests to conduct a forensic examination, in violation of the Criminal Procedural Code, he sent the application requesting the forensics to a Warden of the Tashkent Prison instead of a medical institution. It is still unclear whether there was a forensic examination and if so, what were the results.
Further violations of the criminal procedure were unfounded rejections, first by the investigation then by the Court, to call Zhanar Demeuva, a Kazakhstan national, as a witness for the defence. Her evidence would allow assessing appearance of the victims F. Pardaev and E. Erdanov in Shimkent objectively. But this was not in the interests of either the Court or the investigation. The witness statements, which confirmed the prosecution’s case, were read out at the hearing.
Additionally, the investigator claimed that because Zhanar Demeuova lives in Kazakhstan, he is unable to call her for giving evidence. Articles 592-593 of the Criminal Court of Uzbekistan says “… when it is necessary to carry out procedural steps provided for in this Code, in the territory of a foreign country, the Court, the Prosecutor and the Investigator put forward a request to competent authorities of a foreign state in accordance with international agreements signed by the Republic of Uzbekistan or on mutual basis”. However, these provisions were ignored by the investigation and the Court.
In this manner, F. Tillaev and N. Djumaniyazov were found guilty under Subsection 2, Part 3 of Article 135 (Human Trafficking offence) of the Criminal Code of Uzbekistan, in violation of procedural rules.
At the hearing, the place, time and manner of the crime allegedly committed by F. Tillaev were not established.
Tillaev’s innocence is also proved by the fact that at the time when F. Pardaev and E. Erdanov were looking for work and at their departure he was in police detention for 15 for a non-criminal offence.
The “victims” F. Pardaev and E. Erdanov sent a complaint to the Tashkent city Main Department of Internal Affairs Office alleging that they were smuggled into Kazakhstan where they were subjected to humiliation and threats. There is no supporting evidence for these allegations. A witness for prosecution Abdulla Tojiboy ogli also gave evidence.
Thus the evidence produced by the prosecution is not conclusive; Fakhriddin Tillaev and Nuraddin Djumaniyazov were sentenced illegally. They were deprived of protection of their rights, appeal application was rejected.
On 3 June 2014, the lawyer representing convicted human rights activists Fakhriddin Tillaev and Nuraddin Djuamniyazov, relying on Articles 510 (Persons Entitled to Bring Complaint against Sentence and Finding or Ruling by Way of Supervision Procedure) and 511 (Persons Entitled to Bring Protest against Sentence and Finding or Ruling in Court of Supervision) of the Criminal Procedure Code of the Republic of Uzbekistan filed an Appeal Application against the Judgement of the Shaykhantahur District Criminal Court dated 6 March 2014 and Decision of the Tashkent City Court dated 17 April 2014. He requested to repeal the Judgement and the criminal case against F. Tillaev and N. Djumaniyazov to be dropped. However, the acting Chairman of Judicial Panel on Criminal Matters G. Hidoyatov upheld the Judgement.
The Association for Human Rights in Central Asia is convinced that human rights activists Tillaev and Djumaniyazov are convicted on trumped-up charges, their efforts to have a just, objective trial of their case using the domestic means of protection have failed. The next step available to the convicted human rights activists to restore the justice is to appeal to the UN Committee on Human Rights.
We previously reported on this case in the following press releases:
- " Uzbekistan: a human rights activist Nuraddin Djumaniyazov disappeared " dated 12 May 2015;
- «Uzbekistan: a human rights activist Nuraddin Djumaniyazov is admitted to a hospital» dated 14 October 2014;
- « Uzbekistan: a sentence against human rights activists Fakhriddin Tillaev and Nuriddin Djumaniyazov is upheld » dated 21 April 2014;
- «Uzbekistan: Two Human Rights Defenders Imprisoned for 8 Years, 3 Months» dated 8 March 2014;
- «Uzbekistan: Fakhriddin Tillaev, a human rights activist is under threat of long term imprisonment» dated 18 February 2014.
torture defenders Uzbekistan