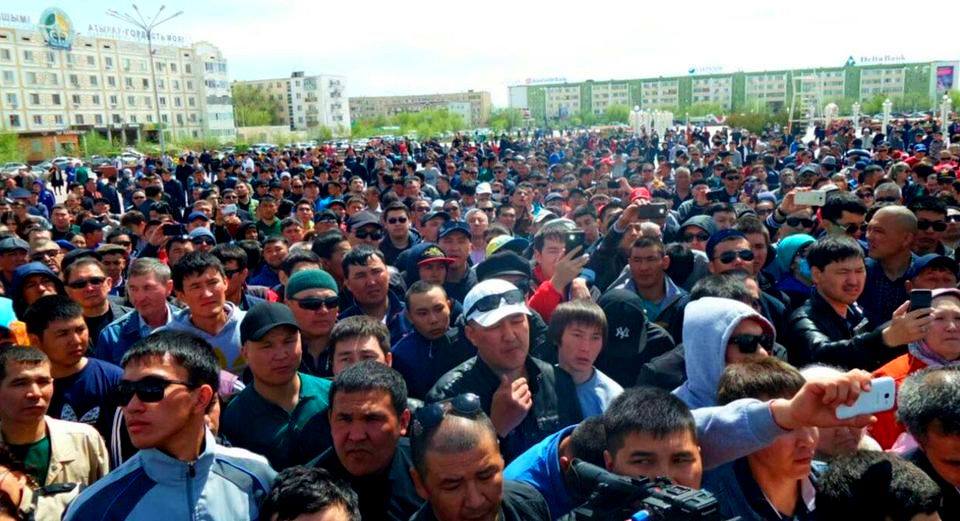 Law enforcement officers in Kazakhstan arbitrarily detained or arrested more than a thousand individuals, including human rights defenders, journalists, protesters and passers-by in an effort to thwart peaceful protests on May 21, the newly formed Coalition for the Right to Peaceful Assembly in Kazakhstan said in a preliminary report released today.

Member organizations of the Coalition documented sweeping government interference with the rights to peaceful assembly and freedom of expression in the run-up to, and during, May 21, including the use of administrative and criminal charges against activists involved in, or perceived to be involved in, the planned peaceful protests. The Coalition also documented violations of the right to legal counsel in a series of cases.

–  In accordance with article 158 of the Criminal Code of the Republic of Kazakhstan, open criminal investigations into all reported cases of undue interference with, and obstruction of, the lawful professional activities of journalists, including detentions, confiscation of equipment and deletion of footage          – In compliance with the United Nations Declaration on Human Rights Defenders, allow all human rights defenders and activists to carry out their work within their mandate and in accordance with Kazakhstan’s international obligations