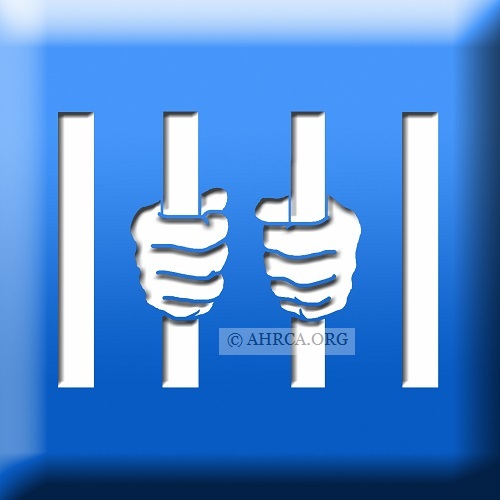 22 August 2011 Alexander Gaponov, a convict of the UK 161/12 in the town of Arkalyk, Kazakhstan, asked the deputy head of the colony in charge of internal order and operations D.A. Belgibaev to allocate a praying room for Christians.
He assured the official that convicts would renovate the room themselves. Belgibaev declined the request saying that in a Muslim state nobody is obliged to conduct talks about Christian religion.
According to observers, almost in all penitentiary facilities in Kazakhstan there are praying rooms for Muslims and Christians. Freedom of religion and belief is part of fundamental human rights. However,  in the colony UK 161/12 it was considered inadmissible to carry out Christian religious rituals. Belgibaev talked with Gaponov in a rude manner. He threatened to punish all convicts in the Arkalyk colony if Gaponov did not give up his intention to create a praying space.
Convict Alexander Gaponov, born 1977, is serving a sentence under Article 381 of the Criminal Code of Kazakhstan (extortion). He was sentenced to 10 years of imprisonment. This is his third prison term. He is a believer. He has been actively involved in sports. Has a very good reputation among the convicts. When under the orders of the Colony management the Muslim convicts were subjected to forcible shaving of their beards he took their side. For the open expression of his opinion about lawlessness in penitentiary facilities of Northern Kazakhstan Gaponov is frequently convoyed from one colony to another. And besides, his prison conditions worsen each time. Twice Gaponov was placed in the bunkers of the colony Zhitigory of the Kostanay Province for those convicted for life, which is a gross violation of the criminal-penitentiary legislation.
Despite the threats by the UK 161/12 colony Alexander Gaponov filed a complaint to the President of Kazakhstan Nursultan Nazarbaev asking him to pay attention to the violation of Article 22 of the Constitution of Kazakhstan on religious freedom. The wife of the convict, Natalya Gaponova, the mother of two children, also filed a complaint to Nazarbaev. She expressed grave concern over the fate of her husband. In her opinion Alexander Gaponov is facing danger due to his religious beliefs. Natalya Gaponova considers that officers of the UK 161/12 are trying to slander against her husband as a revenge for his attempts to prevent wardens’ reprisals against Muslim convicts wearing beards.
Actions of the deputy head of the colony in charge of internal order and operations D.A. Belgibaev aimed at restricting the right to religious freedom  and to carrying out religious rituals are unlawful. They contradict the Constitution of Kazakhstan and international obligations within the framework of the International Covenant on Civil and Political Rights and Guiding Principles of protection of all persons subjected to arrests and detention in any form.
For more detailed information, please, refer to:
Vadim Kuramshin, Human Rights Defender, Kazakhstan
Nadejda Atayeva, President of the Association for Human Rights in Central Asia, France
Kazakhstan torture Freedom to express